First off, for those who don’t know … pwsh refers to PowerShell Core, the open-source, cross-platform version of PowerShell. I use it as my default shell.

These things happen regardless of what Ion does, be it displaying help or version, running commands directly, or an interactive session.

This happens both in gnome-terminal and the Linux console.

Ion is the only program I have ever had this issue with.

Since this is a very niche issue, I’d be willing to look into this myself.

Screenshot for the second variant (since gnome-terminal closes so quickly; also this is edited to restore contrast): 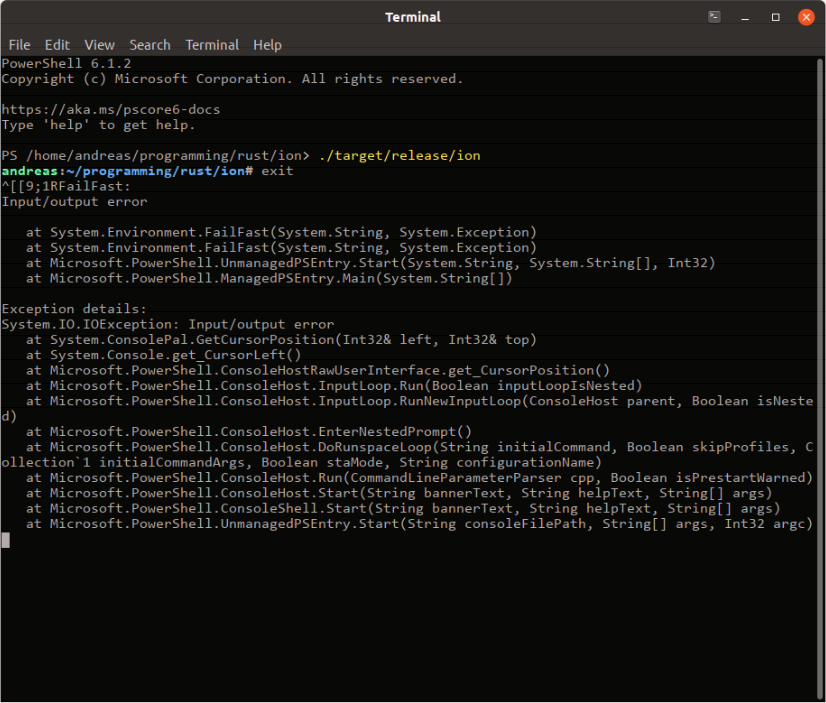 Apport tells me pwsh SIGABRT-ed itself after displaying that exception stack trace.